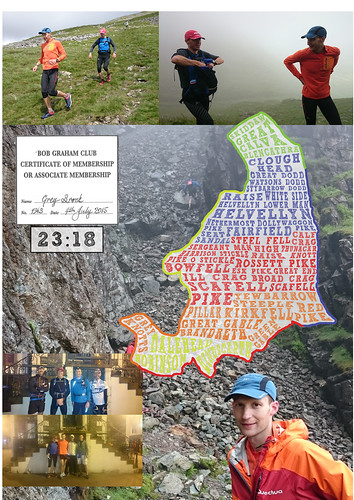 Ever since I started exploring and loving being in the mountains I've known about the mighty Bob Graham Round. For years I have looked at maps and poured over the route. When the opportunity came to attempt the BGR in 2014 with Rick I was definitely super-keen.

2014 wasn't to be, but after learning from a failed attempt, we gave it another go in 2015, which was far more successful.

First done way back in 1932 by Bob Graham, the 42 Peak Round has become a testing ground for the supremely fit. Each summer around 100 of the most highly tuned ultra-distance fell runners will attempt the 27,000 ft of ascent within the allotted 24 hours. 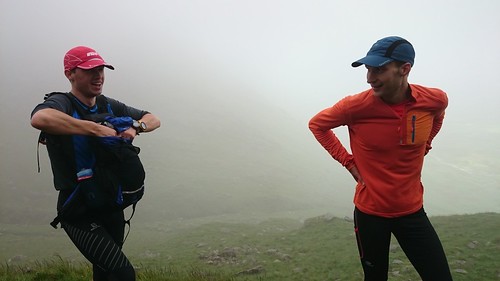 Somewhere in the mist, near Scafell Pike on Leg 3. 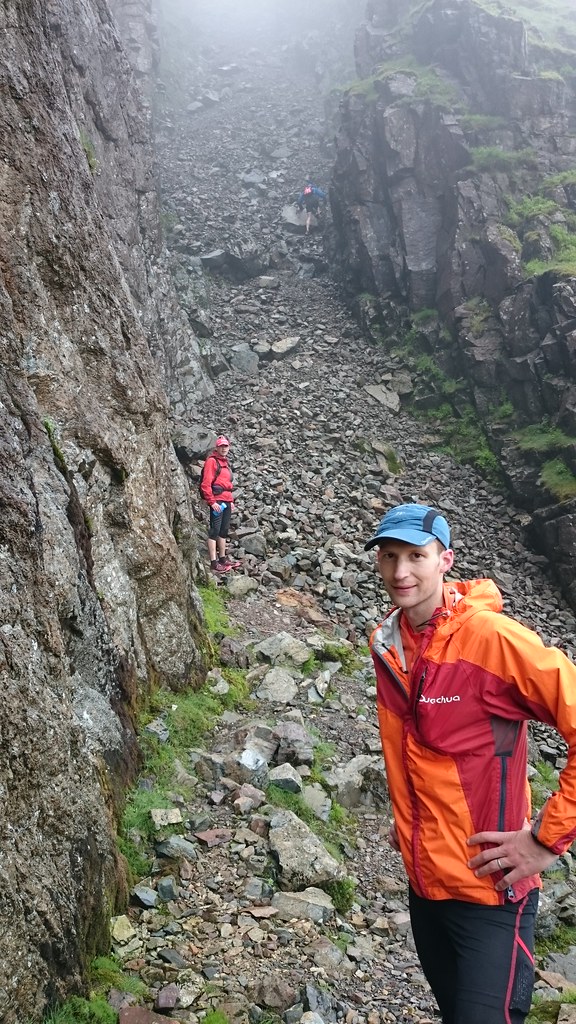 Just before the awesome scramble up Lords Rake between Scafell Pike and Scafell.