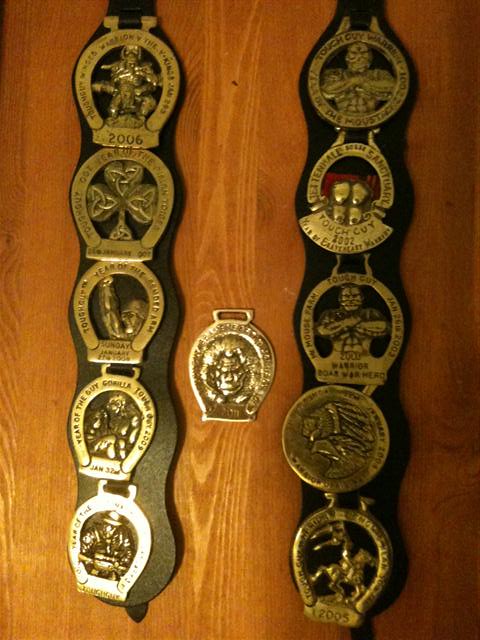 Another top ten finish on what was my eleventh consecutive winter Toughguy event.

Toughguy is a very popular event in the midlands that attracts several thousand competitors every year. It starts of with a mass-start cross-country run, followed by the 'killing fields' obstacle course.

As always I went out very fast at the start, to try and get in front of the crowds. It is always difficult to pace this type of race, because if you start too slowly you will get caught up behind people when the course narrows and the obstacles approach, but if you go off too quickly then you will pay for it later by running out of energy when you really need it.

By the time we reached the slaloms (running up and down a steep hillside several times) I had got myself into a fairly good position (probably about 15th overall). I kept this position up through the forest but my race almost ended at the 'Water Slalom' when I enthusiastically launched myself into the first water obstacle and hit my knee on a big chunk of ice. It was somewhat demoralising not being able to walk for a few minutes, and all the people I had previously overtaken were now going past me. I gradually got my knee back into action and I was off heading towards the 'killing fields'.

The 'killing fields' consists of a whole variety of obstacles (23 in all); cargo nets, underwater tunnels, concrete tubes, diving boards etc. I passed each obstacle as fast as I could and gradually started overtaking people again. It wasn't until just after the underwater tunnels when one of the marshalls shouted "you're in the top-ten" that I realised I had actually made some good process. 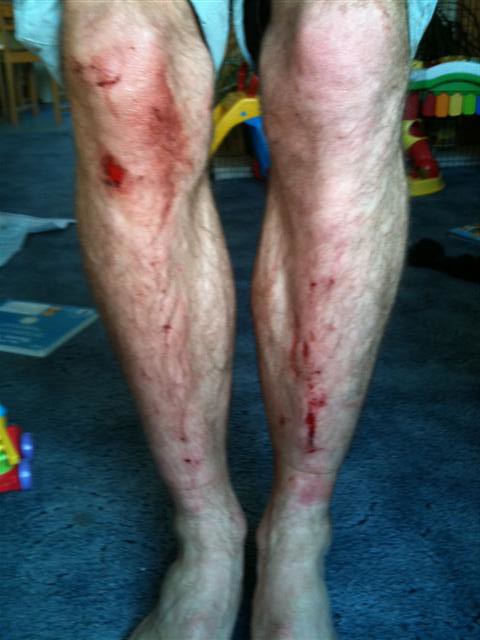 Battered Legs due to all the Ice

There were two new (for 2011) obstacles; 1) 'Underground Interrogation Pits' which was actually a very good addition to the course and consisted of working your way through an underground room with lots of mud and hanging logs and the odd bit of electric fence wiring to avoid. 2) The 'Gladiatough Collosseusm' was somewhat below the normal Toughguy standard, and consisted of some very poorly made rope swings and monkey bars in a figure of eight pattern above the final pool.

Overall a very good event, but it will probably be my last !?!!? 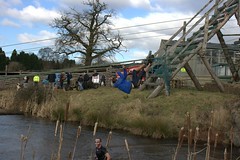 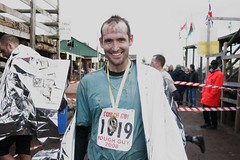 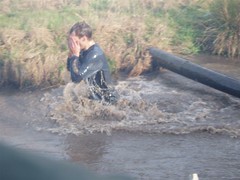 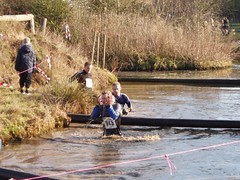 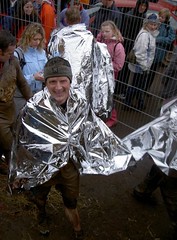 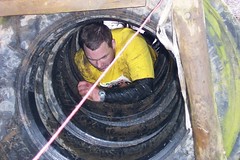